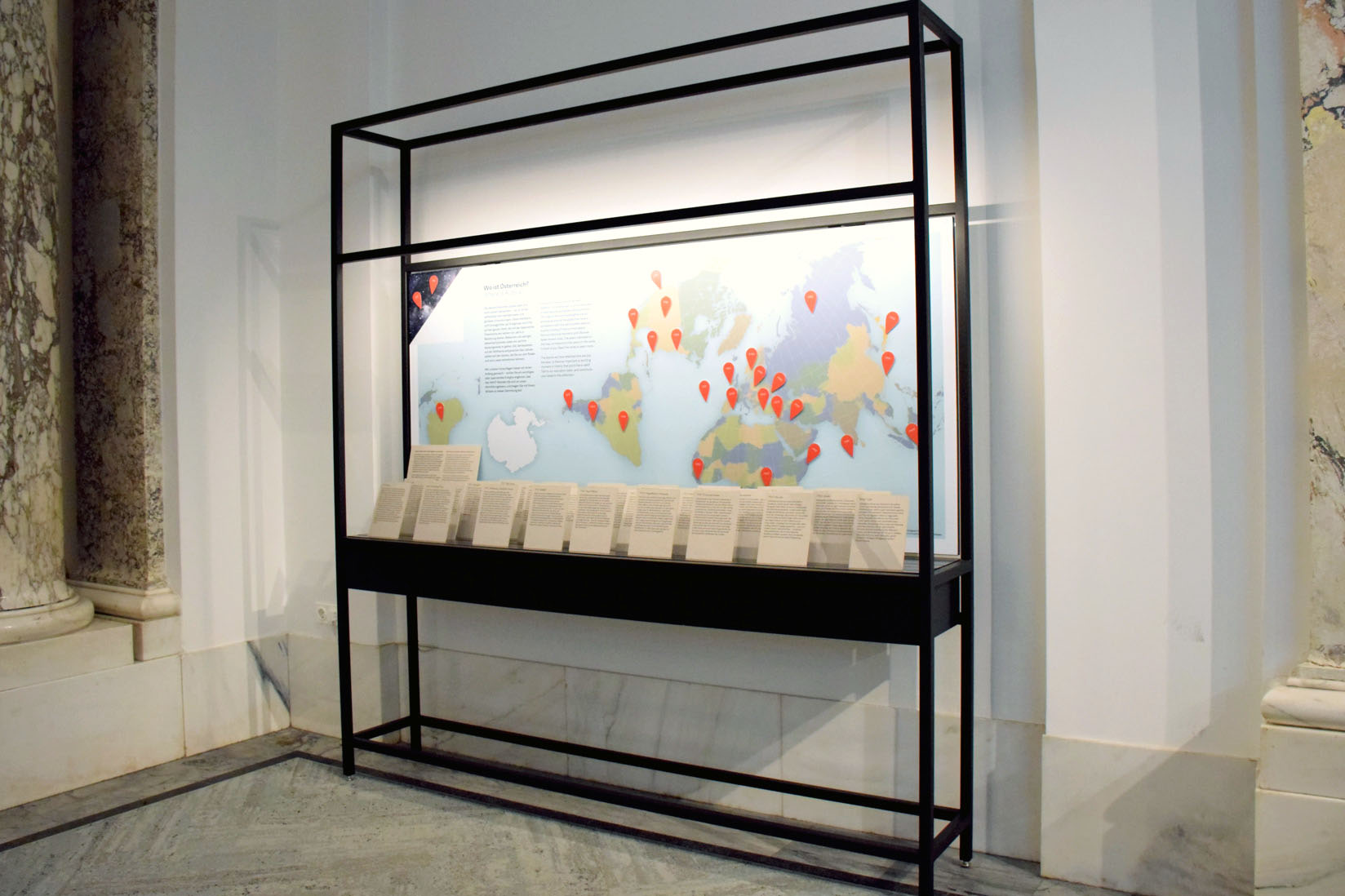 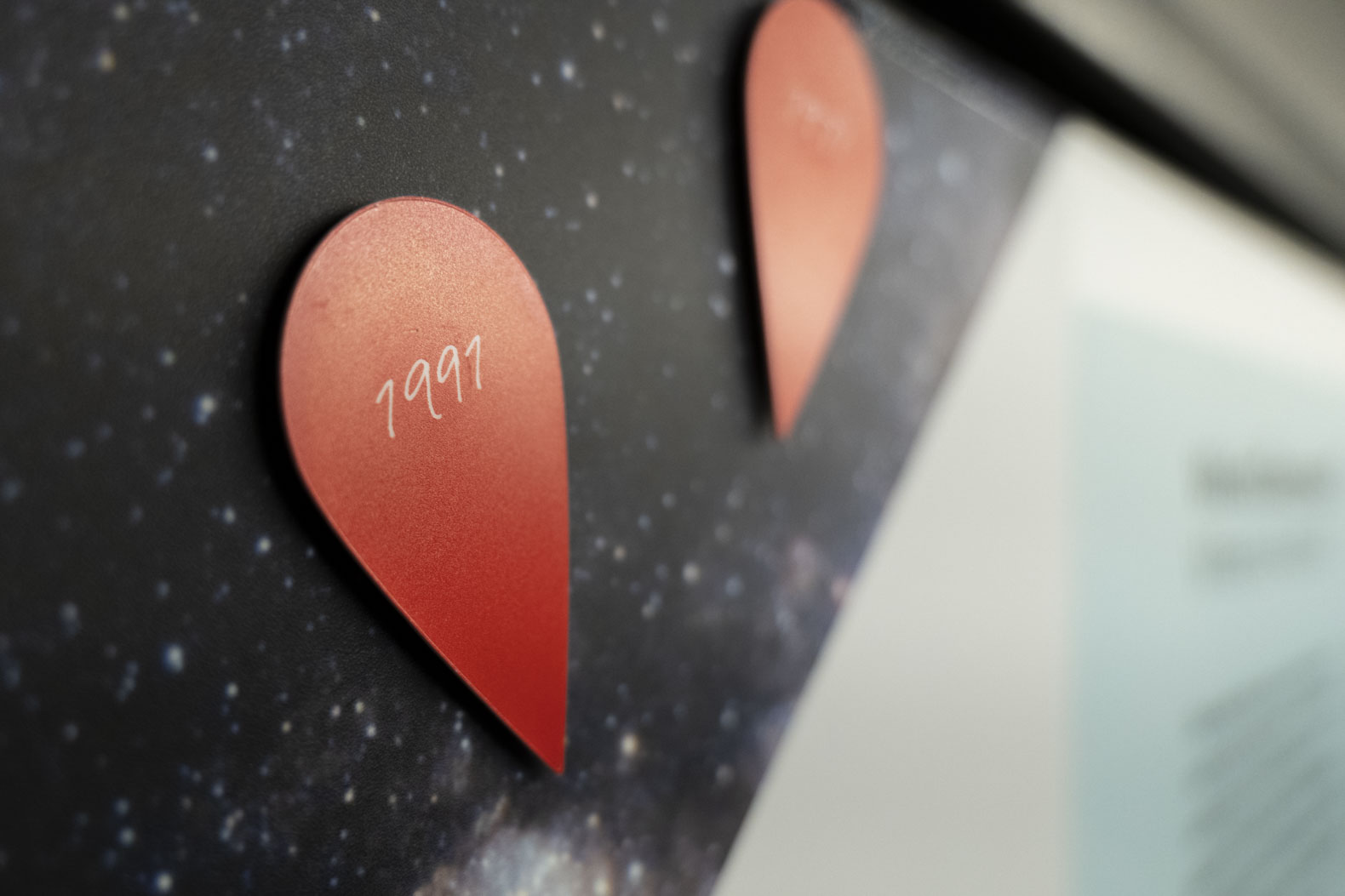 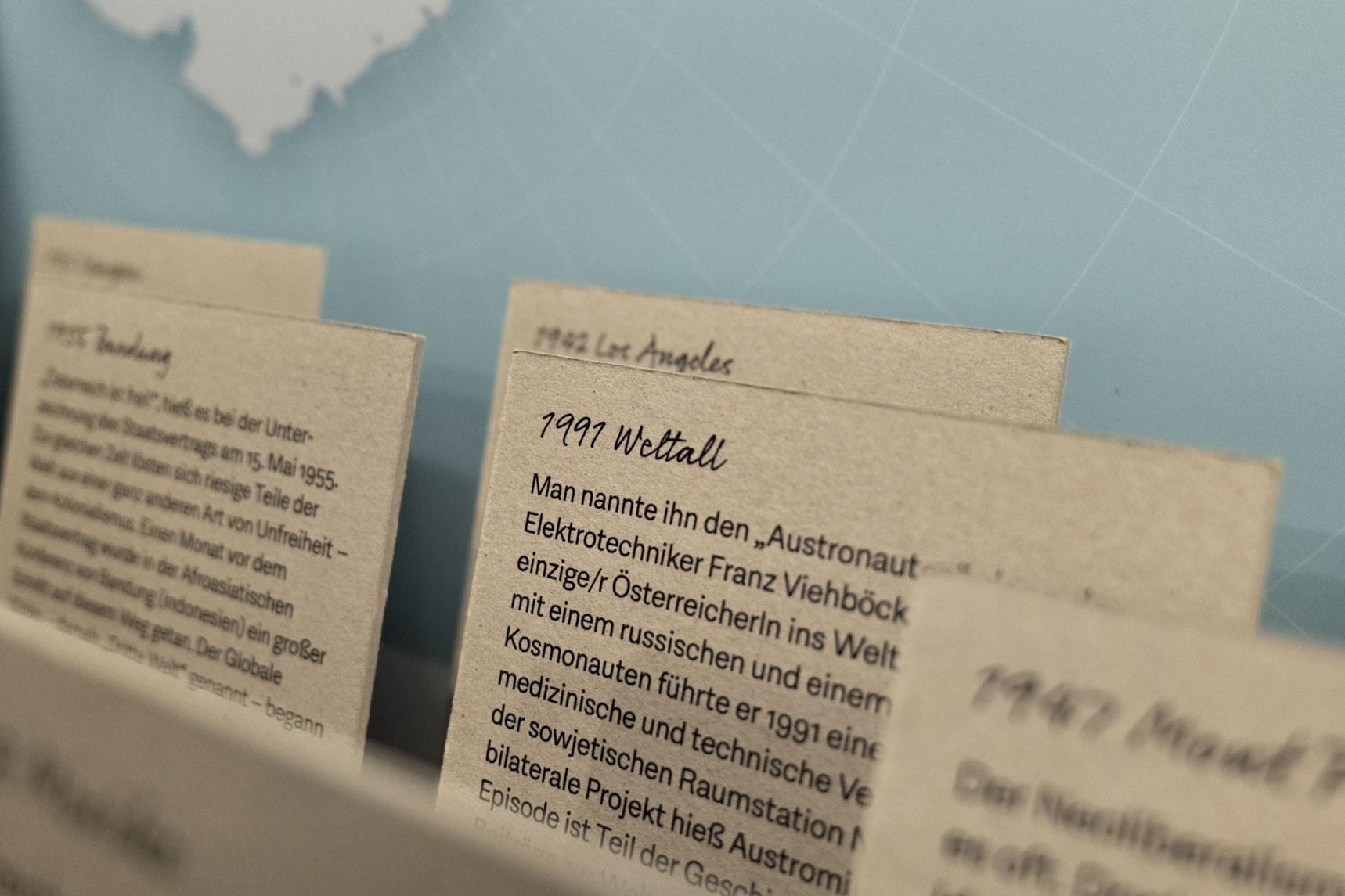 Welcome to the audio guide for the exhibition New Ages: Austria since 1918. This audio guide takes you through a total of 12 stations that explore the relation between nature and society during that time.

You are now in the entrance hall of the museum where you see a reception desk. To the left of this desk you will find black portable chairs. Feel free to take one along with you.

The listening time for this audio guide is around 40 minutes. At the end of each station, the audio guide will automatically pause so you have time to take a closer look. When you are ready to continue, simply press play. The stations included in this audio guide are marked with a green headphone icon. If you like, you can also read along with the text on your mobile phone.

The museum’s education team has created this audio guide for you. My name is Dave Dempsey. My name is Julie McCarthy. Our voices will accompany you on your journey through this exhibition.

This is the year Franz Viehböck travelled to outer space—as the first and only Austrian to date. When asked what changed for him when he saw the blue planet from outside, he said,

“I became an environmentalist. When we look at a two-dimensional map of the world, we mainly see land. But from up there you begin to realize how vast the oceans are. They make up two-thirds of our planet. I realized how vulnerable the Earth was when I saw our planet in all its splendour. We saw the atmosphere, which is actually quite thin, like the peel of an apple. You realize how fragile the Earth's crust really is. I saw polluted rivers flow into the pristine ocean. You could see the flames of the ancient forests that were on fire.”

Humans have thrived on planet Earth for over four million years. And have made an impact on the environment ever since. Never before, however, have the changes been as radical as in the twentieth and, now, in the twenty-first centuries.

This audio guide deals with the impact of humans on nature and the environment—and how changes in nature, in turn, affect humans. It also deals with ideas of nature and how it has been used for ideological and political means over time. At the end, we look at environmental movements and the developments in the twentieth century to the present.

But first, let us go back in time, to the nineteenth and early twentieth century.

Update Required To play audio, be sure to enable JavaScript, and run a browser that supports HTML5 MP3 audio, or update your Flash plugin.
&nbps